He’s just not that into you 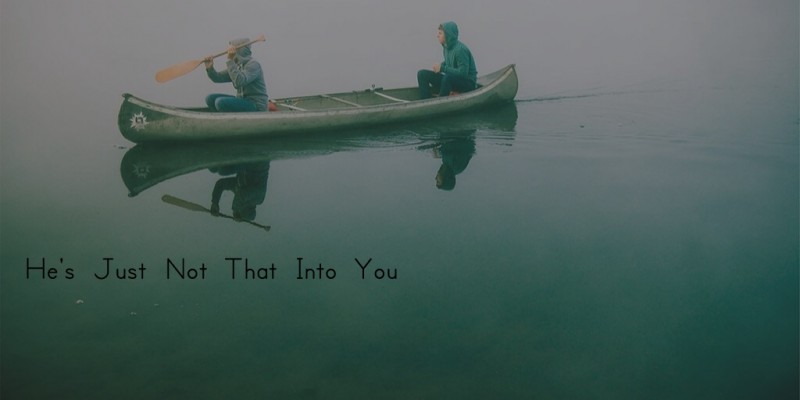 In Association with The Recruiter Index
Written by Maria Titan

He’s just not that into you… and other ways to reject candidates.

Nobody likes to the be the ‘bad guy’ and unfortunately recruitment is full of ‘bad guy’ moments. When I was a fledgling recruiter, I envisioned the job to be one of happy moments and positive outcomes. After all, recruiters make dreams come true. We are the matchmakers of the workforce, we find the job yin to your skill yang but for every person who secures the job, there are five other candidates who don’t, and this is where rejection comes in. Rejecting people daily is brutal and depressing. No wonder ghosting has become a thing but that’s a whole other post for another time.

As recruiters, we invest time and effort building relationships with our candidates, from the moment we receive a CV to the time the client interview has ended, chances are we know the candidate quite well. Phone calls have been made, pleasantries exchanged and face to face meetings over coffee have taken place. A good recruiter will ask about job related issues, but a great recruiter will know that you have two kids under five and a dog called Milo. Recruiters by nature are curious and people oriented, knowing the back story is just as relevant to what’s on the CV. We genuinely want our candidates to do well, we get nervous before their interviews and promote them in the best light possible. It can be argued that we do this because we get paid, but we also do this because we want our candidate to get that dream job. When we have sourced the candidate, interviewed, prepped them for the position and secured an interview, a relationship has been formed. When a candidate gets that job, there is no greater feeling than having been part of the process. However, only one person will get that job, the others will not. This is where rejection comes in.

Dear candidate….it was all a big fat lie

Many moons ago, I too was a candidate. I applied for a role that ticked all my boxes. It was a multinational firm and the role incorporated duties that suited my skill set. It was two steps up professionally from where I currently was, close to home and with an excellent remuneration package to boot. The rapport with HR, the line manager and the GM was stellar. I went for three interviews and felt sure that this job was mine. I was informed that a decision would be made in three days. And then…. silence. The silence was excruciating. I checked my phone constantly, kept the email tab open and scoured their website to make sure the job was still posted. I was a woman possessed, going over every scenario possible with my friends. Maybe the email was in my junk folder, perhaps they lost my telephone number, maybe the GM was hit by a bus. Several weeks later and still no response, I emailed them. A week later they sent me a generic email response. It started with ‘’Dear candidate…’’, DEAR CANDIDATE??!! I thought we were friends! ‘’We regret to inform you….’’, this sounded very much like my house was being repossessed or that my dog needed to have his limbs removed. It ended with ‘’we will keep your details for future openings.’’ What future? Why would we have a future when we clearly didn’t even have a present and our past had been nothing but a big fat lie. I felt cheated, three meetings were all for nothing. Like a jilted lover, it wasn’t so much the rejection but the language and tone that bothered me.

So, how do you reject a candidate but still manage to keep them on your database?

It’s all about timing

Candidates often have several interviews on the go. Letting them know that a job is no longer viable will allow them to eliminate it from their wish list and focus on other opportunities. Candidates have invested time in the process and letting them know is the ethical thing to do. Once you have a definitive answer from a client, inform the candidate. This shows that you are on top of the process and that you respect the candidates time. It will also allow the candidate to accept another position or keep applying for other roles.

We need to talk

Language and tone are just as important as the message. It is far easier to send a generic email but also far less personal. From sourcing the candidate to interviews and then updates, the relationship has been formed. A phone call is far better than a generic email. It shows that you value the person and that you are on side. An empathetic tone will go a long way and helps to keep the process human. Now would be a good time to thank the candidate for being professional and give constructive feedback. This will offer closure and hopefully ensure that the relationship remains.

Giving feedback can be tricky and often needs to be edited because you are also protecting the client.  Sometimes the client does not give adequate feedback which makes the process more difficult. The alternative is to provide a generic answer, but most candidates can see through this. Be truthful but keep it kind, ‘’He’s just not that into you’’ is not the right phrase right now.  If the candidate failed the Excel test, tell them but mention that personality wise, they were a front runner. This is an opportunity for the candidate to brush up on their technical skills the next time. When a client does not give a specific reason but hires a different person, tell them that they have selected another person who they felt would be a better fit. If the position remains open let the candidate know the client wishes to meet additional people. This is limited feedback but sometimes this is the best we have.

How was it for you?

This is a good opportunity to ask for feedback from the candidate. How was the experience? Was the service good, and did they enjoy the process? Would they recommend you? Were you professional and did you present the client and job correctly? This allows the candidate to feel empowered and provides constructive feedback for you as a recruiter.

No such thing as an ex-candidate

Rejection is never easy but being transparent and setting the tone will allow for a better experience and ultimately allow the relationship to continue. After all, even though a candidate didn’t get the job, there will be other jobs to fill. Always remember, there is no such thing as an ex-candidate, once you have a solid relationship, approaching previously rejected candidates for future opportunities remains entirely possible